Its’ good to talk – Tackling the male suicide crisis

It’s All in the Mind – Men and Mental health

As has been well documented this year tragically the biggest killer of men aged 20-49 is suicide. The highest rate of suicide is seen in men aged 40 to 44 years of age. Men commit suicide at three times the rate of women.

With Christmas coming up this week, it is unlikely there will be any reduction in the numbers, if anything this festive time can exacerbate feelings of loneliness and helplessness that contribute to suicide.

Around 12 men per day are killing themselves. Why is this happening? Is there any way forward? 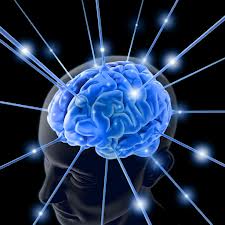 One of the main reasons for the high suicide rate is that on the whole, men just don’t talk about their emotions – certainly not to other men. That means problems are bottled up. Problems bugging men go unresolved. The pressure cooker builds and in the most extreme cases results in suicide. Even if it doesn’t result in that awful, fatal outcome, there are likely to be other negative side effects – isolation, loneliness, depression, suicidal thoughts, domestic violence, sleeplessness, inability to concentrate and focus, drinking, smoking or drug taking to cope with the pressure. This is all avoidable.

As Gregor Henderson, National Lead for Wellbeing and Mental Health at Public Health England, puts it:”Men develop maladaptive coping strategies  such as booze, food etc… all the bad things for us. Talking is the solution. Unfortunately, according to research by the Movember Foundation, only 11% of men aged 22-50 have a friend they can contact in a crisis.”

That’s truly shocking and goes someway to explaining why there has been and continues to be a male suicide crisis.

Writer and Performer, Shane Solanki mentioned that, in his experience, when a boy grows up with the typical father (or worse, no father around) who doesn’t talk to them about personal and emotionally driven matters, boys and men typically don’t develop the language of emotion and are somewhat repressed when it comes to emotional matters.

Poorna Bell, Executive Editor and Global Lifestyle Head of The Huffington Post UK, lost her husband Rob Bell to suicide on 28th May 2015. He suffered from severe mental health issues for many years. He had severe, clinical depression. “He never had to the tools from when he was a young boy to talk about his issues. Severe depression is a chronic illness. The problem with mental health issues is that we don’t take them seriously enough. We feel shame and don’t talk about it.”

That applies to both the person suffering and the family of the person. Poorna felt ashamed about this and tried to keep it to herself. Keep it in the family. Yet it if it was a physical illness such as cancer she and many other people would have far fewer qualms and felt less shame about talking about it. “Boys are told never to cry or talk about their feelings. They have to. We must talk about it,” said Poorna. “People are afraid of what people will think about them. See a Therapist. They’re great to see.”

Laughter is the best medicine

Gregor said, “For some people laugher can be a great healer. This is a topic laden down with doom and gloom, but we can laugh about it. There has been a movement in the comedy world giving attention to this.  Comedy at its best gives you an insight into the human condition.”

This includes Ruby Wax with her ‘Mindfulness’ and mental health tours to John Ryan and others doing comedy focused on addressing mental health issues.

That reminds me of the joke about how men never ask for directions when lost, preferring to keep driving for ages in the hope they’ll get to their destination. Why do men do this? We see asking for help as an admission of weakness, whereas really if they approached it from a different angle of asking for help as a sign of them looking to take control of a situation it’s far healthier, not to mention saving on petrol and time!

Our mental and physical health are part of who we are. We need to stop separating them otherwise we’ll be no further forward in 30 years time. Poorna agreed saying, “If someone was terminally ill with a physical illness they would have been treated far better.”

TV Doctor Dr Christian Jessen commented, “the problem with mental illness is that if you have it you’re likely to be reluctant to acknowledge or admit you have a problem.”

If you’re reading this because you’re having suicidal thoughts, try to ask someone for help. It may be difficult at this time, but it’s important to know you’re not beyond help and you’re not alone.

Talking to someone can help you see beyond feelings of loneliness or despair and help you realise there are options.

There are people who want to talk to you and help. Try talking to a family member or friend about how you’re feeling.

There are several telephone helplines you can call at any time of the day or night. You can speak to someone who understands how you’re feeling and can help you through the immediate crisis.

If you attended the show we’d love to read your comments. They can be simply posted via the comments section below. These may be posted anonymously if you wish.