Should there be a place for men’s rights on the political agenda?

At the 2nd Conference for Men and Boys in Brighton, England, a number of fascinating and important themes were covered such as building a sector that works for men and boys, putting men’s issues on the agenda, men’s health, violence against men, education, family, parenting and campaigning for these and many other gender equality right.

On International Men’s Day, 19th November 2012, it’s fitting that we consider  the issues raised by the discussions and talks given at the conference.

Roger Olley MBE, of ‘Including Men’ urged more companies to take a corporate position on this, to formally places men’s issues on the agenda. Under the Gender Equality Act he said there was duty on public bodies to provide services equally for men and women. How many of our public bodies meet this standard?

Jim Pollard, Editor – Men’s Health Forum, echoed this, saying that men’s health provision lagged way behind women’s to the detriment of men’s health and well being. I would add that where that is the case, it’s also damaging to the well being of the family of a man in poor health.

Simon Howes, Development Co-ordinator, for CALM, the UK’s leading male suicide prevention charity, stated that, “We need to build our reputation and inspire people. Let us work together for the greater good. Us against them won’t get us progress. If you look at the lessons of Nelson Mandela’s life, following his release from prison, once he got into power he didn’t just go to war on the “white man”. Mandela understood that they’d been through s*it too and instead sought progress by working together for the common good.

We need be really effective in engaging men long before it’s a problem or too late.”

I agree.  Going way back before boys turn into men, studies show that the work that goes into early year’s development, shaping a child’s development, their character from 0-7 years old is the most important and valuable. If you “lose” a child after then it’s much harder and much more costly to get them back on track afterwards when they’ve lost interest in formal education and turned to delinquency and criminal behaviour.

The issue of circumcision and testicular cancer was a big talking point in the health forum. The session had a very well qualified group of attendees including John Warren, a retired Consultant Physician, who spoke about the damage done by un-necessary circumcision. It’s not necessary and not beneficial to men was his and most men’s views in the room. He quoted the shocking statistic that “50% of boys born in America are circumcised. It’s just not necessary. Some say babies don’t feel the pain, but that’s rubbish. Babies DO feel pain. The foreskin is necessary, not something to just be snipped off ‘willy nilly’ so to speak!”

This form of genital mutilation needs urgently addressing. Female genital mutilation is illegal in this country and in America  yet the same legal protection isn’t afforded to boys. This is wrong and needs challenging. NORM-UK is a campaign group looking to shake up the status quo in this area.

Ryan Walshe of Talking  Testicles spoke eloquently and surprisingly about his own story. He’s a young man – just 24, but had quite a story to tell about his brush with testicular cancer. He was diagnosed at just 20 years of age, having had concerns after watching an episode of Channel 4’s ‘Embarrassing Bodies’. So powerful and in demand is his story that he has spoken to 3,000 children in Brighton schools.

One Doctor said the key is the approach we take to our health. We need to take care of our health as a matter of course, as a lifestyle choice, not just when it’s a problem.

Women at the conference

A number of men were uncomfortable with the idea of women attending the conference and made that clear vocally and by walking out of sessions when in disagreement with certain viewpoints expressed. Glen Poole of The Men’s Network and organiser  of this conference said early on that “the men’s network is a community of interests passionate about working for men and boys not “of men and boys”. It’s not against or in opposition to women and girls, but in addition to.”

Female Psychotherapist Debbie agreed, saying in the pre-conference debate (1st November 2012) that, “You can be pro-male without being anti-female. I am.”

Whilst I understand  that view, I’m firmly in the camp that says this conference should just be for men and boys. There are another 362 days of  the year when men and women can happily and harmoniously work together on men’s issues, so surely it’s not to much to have a few days to ourselves?  Would men attend or be welcome at a women’s conference? I don’t think so.

The best session of the conference in my opinion was that set aside for the ‘Top 10 Top Thinkers’ booked to speak on a wide variety of topics. Most were pretty good, some less so. It was interesting to hear The Men’s Network Director, Glen Poole, talk with great passion about building an integrated global men’s movement. He highlighted the 5 International Men’s Day themes:

• Reducing the tolerance of violence against men and boys

76% of suicides are committed by men. Would society tolerate such a high proportion of women committing suicide?

Ultimately The Men’s Network is interested in creating a world that works for men and women.

Whilst mentoring prisoners some time ago he identified a self-esteem issue with many prisoners. When he probed deeply as to why they were inside, once he’d got past them blaming the Judges, the Police and everyone else but themselves, it became clear to him they had committed crimes that landed them inside to “prove themselves as real men.” What a warped and twisted sense of self it is that so many associate being a real man with criminal acts.

“This problem is a big public health problem that impacts all our lives. Crime. The taxes we pay. The cost of insurance. Until we recognise and embrace the seismic issues that come with this we won’t get the urgency we need to get real change. Why is that so hard?” 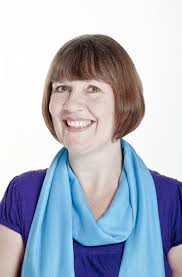 Elizabeth O’Shea, Parenting expert, from Parent4success, (pictured above) spoke knowledgeably and idealistically about creating a world where every child has the best possible relationship with both parents (whether they’re together or not).

Three factors could make this achievable:

What is the father’s role in a child’s life?

Mark Brooks, Chair of the Mankind Initiative, a national charity that supports male victims of domestic violence, argued that it was vital this issue was higher up the political agenda. He said the main political parties need to put men’s and boy’s equality on the agenda, in much the same was as women’s and girls are.

Ally Fogg, Scottish journalist and Blogger behind the ‘The Good Men Project‘, was especially engaging. He considered that “Men’s issues are women’s problems and vice versa.”

If you go online its very black and white. He questioned why such debates are so polarised, so vehemently anti-feminist and anti-men, whilst in the real world men and women muddle on together just fine.

“If we learn anything from history – it’s that hatred begets hatred. Bigotry begets bigotry.” He felt that the movement could learn from the feminist movement and its successes e.g. how the campaign for equality resulted in the end of female genital mutilation in Britain. You could also add of course the Equal Pay Act 1970, Sex Discrimination Act 1975 and Gender Equality Act 2010.

All in all it was an informative and stimulating conference, with many and varied areas covered, some of great interest to me such as life choices, health and education, others of less interest to me, but more pertinent to others depending on their circumstances.

Some question whether there’s such a thing as ‘men’s issues’ or that men’s rights should even be on the political agenda. I think this conference  proves  there are rights to be fought for and that the Men’s Movement is very much needed.  The focus this group can provide could prove to be highly beneficial if the momentum can be maintained, with the movement expanded and developed in the interests of securing greater gender equality.

If even just a few of the issues can be robustly and successfully tackled it won’t just be men and boys who benefit, but the whole of society.

The Second Conference for Men and Boys 2012

3 Responses to Should there be a place for men’s rights on the political agenda?