The much anticipated early Christmas present for fans of Christmas movies, rom-com’s and the late George Michael/WHAM! is out just in time for this Christmas. Curiously it’s set in 2017 despite a known release date of 2019. Perhaps that’s a nod to George’s untimely death in 2016. George Michael was aware of approved the film being made based on his famous Christmas hit.

Kate, played by Emilia Clarke, 33, (Game of Thrones) is a frustrated young Londoner for whom nothing much seems to go right. She works as an elf in an all year round Christmas shop in London’s Covent Garden.

Things begin to look much brighter when she meets Tom played by Henry Golding, 32, (Crazy Rich Asians) a charming, handsome young man who seems too good to be true. This grows into a yuletide romance between the two with all manner of interesting events in between. 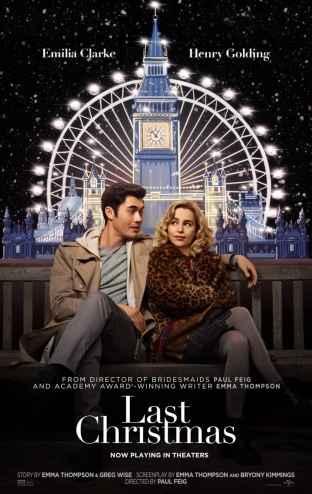 There’s a lot to admire and really enjoy about this movie including the outstanding music from George Michael and WHAM! including over course the title song, though sometimes they did seemed to have been forcefully shoehorned into the movie – as much as a marketing exercise to sell the soundtrack as anything remotely related to the film.

Aside from the music and actors, the major star of the movie is London in all its beautiful night time glory. It was a particular delight to see not just traditional sights – such as Covent Garden and Regent Street, but the many, many beautiful, interesting and far less well known sights.

There were fine performances from Henry Golding and Emma Thompson (co-writer) as Kate’s Yugoslavian mother. She delivered some of the best lines and was a wonderful breath of fresh air and vibrancy to the film.

A disappointment and a big one at that was the relationship between Kate and Tom. Whilst pleasant, amusing and believable enough, I felt that as much as Tom oozed cocky, self-assured confidence, Kate’s performance lacked that sparkle and as a consequence meant there was an absence of genuine chemistry between them. Ultimately I would say that’s just bad casting as Clarke is not exactly known for her romantic comedies or comedic acting skills. However she did provide comedic entertainment in a sense via the considerable hilarity found in the many mishaps of her unfortunate life that is seen spiralling out of control.

There was an attraction between the two but it wasn’t a convincing romantic chemistry a la Julia Roberts-Richard Gere (Pretty Woman) … but then how many have pulled that off? Though their relationship held the interest and kept you wondering where it was leading to, for me that was a major flaw in the movie. It didn’t stop it being a good movie – for it effortlessly held your interest throughout, but it meant it couldn’t be considered a great one.

Another relationship between Christmas shop manager Santa, played by Michelle Yeoh (Crazy Rich Asians) and The Boy, played by Peter Mygind was somewhat undercooked. There was certainly unexplored potential, both comedic and romantic, with those two characters.

Santa’s relationship with her wayward employee Kate had rather more bite and spiciness to it than even Kate and Tom’s. At times it was more mother-daughter than owner/manager-employee, but fascinating all the same.

The film moved along rather nicely, too nicely at times and lacked dramatic tension. It didn’t seamlessly flow. As with the music randomly shoe horned in, so too were a number of scenes that weren’t really vital to the storyline.

The aspects that focused on homeless were a nice touch and I’m sure George Michael would have approved as he was a big fan of supporting the homeless and occasionally gave exclusive interviews to The Big Issue, as did his sister, Melanie Panayiotou, earlier this month in a very rare interview.

There have been very good movies based upon a band’s music – where the story’s great and sequeway’s nicely with the music – think of A Hard Day’s Night (The Beatles), Mamma Mia (ABBA) and quite possibly Yesterday (The Beatles) and Blinded by The Light (Bruce Springsteen) but regrettably this isn’t one of them. Nonetheless Last Christmas is very watchable and entertaining, with plenty of laugh out loud moments. It’s uplifting too in its message to “look up” and explore horizons beyond the obvious, but this appetising film could have been so much more filling if all the various ingredients were better mixed together.

George Michael was quite the perfectionist – as is evident from his body of music, videos, tours and appearance. This film was nice enough but failed to touch the very high notes of excellence George Michael reached with much of his output. Although he gave his backing and input into the film whilst he was alive I do not believe he would have approved this film going out in his name if he were still alive and the further work needed to make it a far better film would have been insisted upon. Perhaps, like the classic single that inspired the film, it needs a ‘pudding mix’ and/or sequel … Next Christmas or Last Christmas II anyone?

If you’ve seen the film perhaps you can add your comments in the section below and discussion can ensue. Spoilers can be revealed as it will be assumed those reading the comments have watched the film.

N.B. Those yet to watch the film – please avoid reading the comments until you have seen the film to avoid any spoilers! 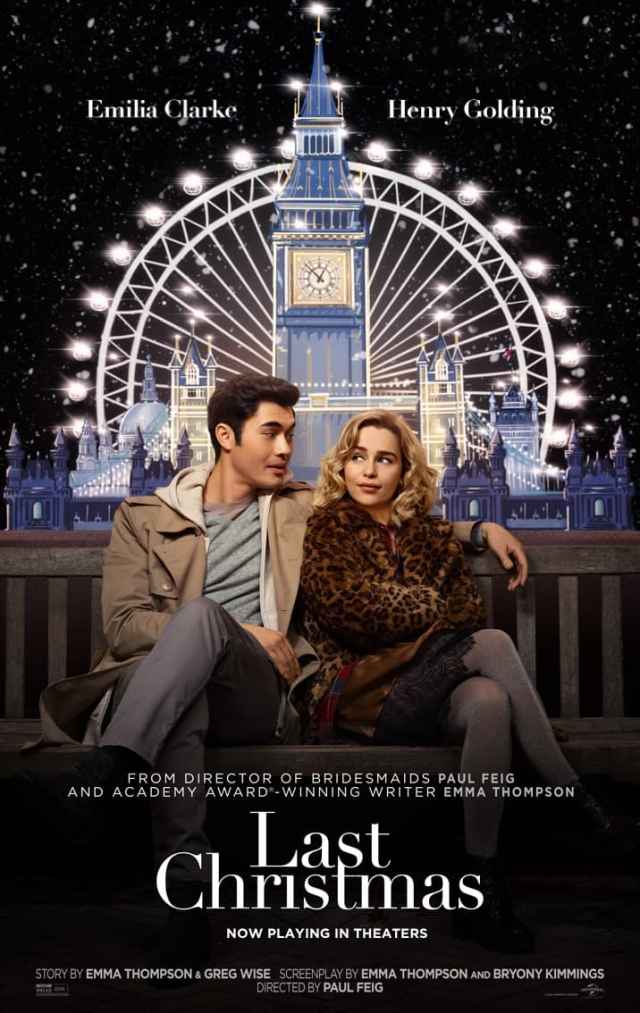