Glorious return of the McIntyre: Review

The last time I was at Wembley Arena was 5 months ago, May 2015, to see Maroon 5 and above all Magic! from Canada performing on their first tour in England. That was a superb night, especially from Magic! who, although supporting Maroon 5, were the band I really went to see.

Would Michael McIntyre and his support act Paul Tonkinson provide as good a night as that in this show with the big title to live up to, ‘Happy & Glorious’?

The night got off to a brilliant start before the acts even appeared on stage as I discovered my press review seats were just 11 rows from the front and absolute centre. Superb.

McIntyre bounded on, in trademark cheery mode, to rapturous applause from a massive, sold out and expectant audience for his third and final night at Wembley Arena, which was also the last London date of this tour. 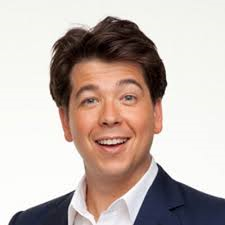 I enjoyed his cheery greetings to all areas of the arena including those up in the “Neasden seats” right at the back of the arena. He seemed genuinely happy to be playing Wembley, not so much for its prestige, but for being a home gig, seeing that he lives about 10 minutes drive away. I quite liked the local jokes where he pondered upon those residents who happen to live on the extremely busy North Circular road. All very good and neatly establishes himself as “the local guy” who just happens to be on stage.

There was some nice up the minute topical material relating to the rugby world cup semi-final that day that saw South Africa defeated by New Zealand and material re putting the clocks back. They went back an hour the following day.  This enabled him to recall what was now (not at the time) thoroughly amusing ordeal he went through changing his clocks in previous years.

South Africa was an early running theme and gave him the opportunity to put on his South African accent. The superb joke regarding the murder rate there was sublime in its subtlety and ability to make a gentle, yet politically accurate point.

In his first tour since ‘Showtime Live’ 2012, which I considered to be the best show I’d seen that year, the level of expectation was high and I was curious to see if he would live up to the standard set by that show. It certainly did. He provided everything you’d expect – foreign accents, non-stop walking around, passion, lots of jokes relating to domestic life with his wife and children. Plus just everyday life tales. Michael McIntyre still has the uncanny ability to make the ordinary so extraordinarily funny.

I’d love it if his children or wife decided to do stand up, as they are so often the butt of much of his material it would be great to see them get their own back on stage!

As is often the case his family life provided some of the highlights of the night. Regarding the children, there were the tales of the assortments of pills used to put them to sleep and modern day gizmo’s dished out to keep them occupied. The nocturnal rituals (no, not those ones!) of a long married couple were at the fore too providing fabulous humour. The laughter reverberating around the huge arena was testament to the fact that he hit the nail on the head and achieved what he has that special knack of doing, tapping into the unspoken daily rituals and life experiences that all couples go through or at least can all too readily identify with.

The routines arising from his move to a house in the country brilliantly conjured up vivid images of country life and his trying to fit in. The stark comparisons with city life lent themselves to comedy gold. Living up to being the man of the “country” house provided some unusual and unexpected challenges and tests for McIntyre. How he envisaged tackling anyone that tried to break in was hilarious and will live long in the memory.

Following a run of seven nights at the even bigger o2 arena earlier in October McIntyre was given commemorative keys to the venue having now achieved the record of playing the 02 more times (27) than any other artist or band.

It’s easy to see why McIntyre’s one of the country’s most popular comedians and on this showing it is difficult to argue with his high standing in the comedy firmament.

He delivered family friendly, yet often edgy, adult and inclusive humour, with vast appeal to men, women, the old, the young, the middle aged and all nationalities.

The show was reminiscent of the concert attended in May. It was comedy magic of the highest level, which left fans leaving exactly as they would wish on a Saturday night, happy and glorious.

Support act Paul Tonkinson did a wonderful job of warming up the crowd for the main man. He was funny and so on point with his take on the battle of the sexes, domestic life and marital strife. Similar to McIntyre in terms of material he expertly finds the funny in everyday life as a parent of teenage boys. I loved his mimicking of the way his children “speak Black” yet are clearly white, northern middle class boys!

Jokes about nagging wives may seem stereotypical and old hat, but they felt anything but dated in his capable hands and his acute observations created many a belly laugh and nods of acknowledgement. These included references to the fact women likes things “done now”, whereas men tend to live in a “I’ll do it later” world! 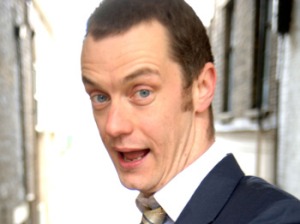 The stories and images he created are incredibly detailed and funny relating to his wives girls night out and the inebriated state she was in by the end of such an evening. What’s nice about all this is that though there’s an undercurrent of feeling hen pecked and put upon, there’s clearly an underpinning of love and understanding behind the humour and their relationship. It’s not some angry rant for the sake of creating humour as some “professional angry” comedians may embark upon.

The last time I saw Tonkinson was in May at Bearcat Viaduct in Hanwell, West London, before a full house of around 150 people. This audience was around 100 times bigger. That’s some leap!

At times his delivery was rather too rushed and would have been improved with a pause for breath to let the jokes sink in before moving on. On the whole though this was a polished and super set from a first class comedian.

Review © Tiemo Talk of the Town

Michael McIntyre is on tour until 4th December 2015. 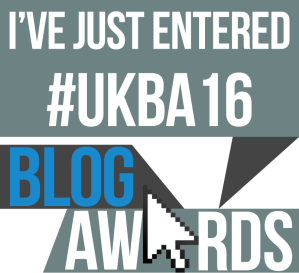 In previous years Tiemo have been the organisation giving out awards so we are delighted to be nominated in two categories for the UK Bloggers Awards 2016. We are nominated in the ‘Arts & Culture’ and ‘Odeon Cinema’s Best Storyteller’ categories.

Well we need your support to turn our nominations into awards.

So if you like what we’ve written for you over the last year then please click the vote button to vote for Tiemo Talk of the Town. It will take less than 1 minute to vote. From the start of voting on 4th January 2016  you can vote once a day, per email address, per device, right until close of voting on Monday 25th January 2016. Your votes will mean a lot to us.

3 Responses to Glorious return of the McIntyre: Review