The BLACK COMEDY AWARDS 2013 took place on Thursday 19th December 2013 in Wembley. It was a very special year for the awards, with it being the 10th anniversary of this prestigious event. Tiemo Entertainments hosted the event for a second time.

The biggest winner of the night was Richard Blackwood who won three awards for Best Stand Up Comedy Host, Best Supporting Actor, playing the Donkey in Shrek and Best Comedy Theatre for Shrek. 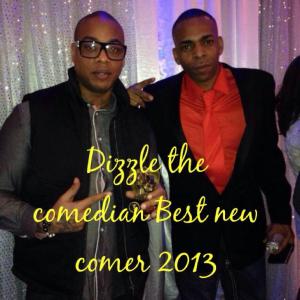 Other big winners of the night were Slim, retaining his crown as Best Male Comedian for the second consecutive year, and fourth time in total, plus Gina Yashere, winner of Best  Comedienne and most popular DVD for ‘Skinny Bitch.’

Gina was residing in Los Angeles at the time of the awards, but kindly sent in two speeches to acknowledge her victories.

The late Felix Dexter, who passed away just two months before the awards, was honoured with a posthumous ‘Lifetime Achievement Award 2013’. 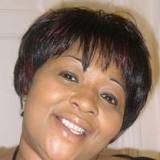 Actor and Director, Samuell Benta, whose Web Series ‘All About the McKenzies’ was pipped by ‘Meet the Adebanjo’s in the ‘Best Web Series’ category, presented one of the awards.

Mr Kye Gbangbola, Chairman of the Sickle Cell Society, the chosen charity for the event, was also present on the night.

Glenda Jaxson, whilst just missing out on winning Best Comedienne, didn’t leave empty handed. She must have been blessed by the Christmas fairy Godmother as she was fortunate enough to win a bottle of champagne in the raffle that took place during the post show dance. Performers and audience enjoyed a lovely post show wind down with a superb selection of music from DJ Mykal Supabad.

The event generated a good deal pre and post event media coverage including major profiles for Njambi McGrath in The Guardian, Lagos Television and ITV, plus three of the leading British comedy websites ran features on the awards. See links below.

Organiser Michael Peters said, “the Black Comedy Awards are the only event of its kind in the UK. Its primary objective is to celebrate and honour the very best in Black British and International stand-up comedy and comedic acting talent. The award winners were voted for by the general public on-line and calculations were produced by computer analysis, with a separate judging panel overseeing the process and if and where necessary, having a say in the final outcome.”

The Black Comedy Awards 2012 Awards Ceremony was hosted by top comedian Rudi Lickwood. He was supported by various personalities including Eastenders stars Chucky Venn and Tameka Empson, ‘Emmerdale’s’ Wil Johnson and Comedienne and Actress, Jocelyn Jee Esien, all of whom presented awards to the winners.

In a change from organising and giving out awards we are delighted to be nominated in two categories for the UK Bloggers Awards 2016. We are nominated in the ‘Arts & Culture’ and ‘Odeon Cinema’s Best Storyteller’ categories.

Well we need your support to turn our nominations into awards. So if you like this review and what we’ve written for you over the last year (or in fact 5 years 2011-2016) then please click the UKBA16 logo to vote for Tiemo Talk of the Town.

It will take less than 1 minute to vote. Starting from 4th January 2016 you can vote once a day, per email address, per device, right until close of voting on Monday 25th January 2016. Your votes will mean a lot to us.