Chris Tucker is back, but can he still cut it?

There’s a lot of talk about Bush tucker trials at the moment and all kind of nasties that those cockroaches, snakes and rats are having to contend with in the Australian jungle, but … That’s enough about Nadine Dorries MP and Eric Bristow, as tonight was an escape from Bushtucker trials to take in the Chris Tucker trial. After 5 years out of the spotlight and 10 years away from the stand up stage, this was the night to see if Comedian turned movie star Chris Tucker could still cut it on the live stage. 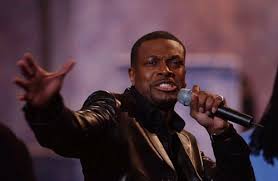 Could the audience survive his famous high-pitched voice all night without screaming and scampering away from the world famous Hammersmith Apollo proclaiming “I’m a Londoner get me out of here?”

That’s not as you might think his stage name. Fittingly for a London gig, it is actually his real name, though why I don’t know as he hails from South Central Los Angeles!

Well that’s what he told us… Unless he goes around changing his name to ingratiate himself with the town he’s playing. I can just see the posters. Coming to a stage near you … Welcome Milton Keynes Brown …. Birmingham Brown!! 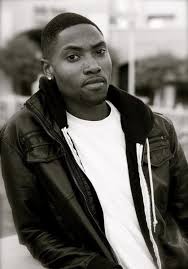 London’s was the ideal opening act. Sharp, funny and original. Highlights were his skinny man making love routine with his “weak ass arms” hilariously attempting to back up his “big man” bravado with bedroom action. Less “Who’s the Daddy”, more “Where’s my Daddy?”

I loved his flight routine too. It was innovative and highly amusing.

His impersonations and dancing were on point too – from Michael Jackson to Chris Tucker. Brave indeed seeing as he’s the supporting act!

The audience loved this journey and would certainly welcome being a passenger on another London Brown flight.

Next up was another American Terry Hodges. A big, confident comedian who confidently commanded the stage and the audience’s attention. He too delivered a strong performance that generated plenty of laughter and delighted the audience. 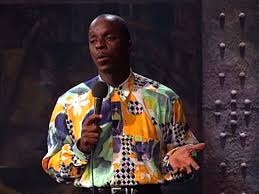 I loved the line about “Once you date Black you never go back.” What followed was the funniest punchline I’ve heard to that old line. It brought the house down. Terrific performance from the veteran American comedian.

Without further ado, on came the man we’d all being waiting for, the star of ‘Rush Hour’ and ‘Friday’,Chris Tucker. He milked the rapturous applause before hitting his stride.

As far as I know he’d not performed in Britain before, so I have to presume most of the audience were here on the strength of his ‘Rush Hour’ trilogy of hit movies and were uncertain what to expect from Mr Tucker. 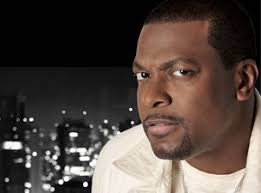 We needn’t have worried. What he delivered was 70 minutes of good jokes and hilariously told anecdotes that demonstrated that he’s a real all round entertainer. We know he can act and be a funny actor at that, but tonight we saw him excel at singing and dancing as well as shining brightly as a Stand Up comedian.

There were great stories about working with the late Michael Jackson, visits to Neverland and an audience sing a long to ‘Human Nature’. As Cilla Black would say, there was a “lorra, lorra love” flowing both on and off stage in the audience for Michael which was terrific. Many Comedians tend to be very cynical and resort to cheap gags at Michael Jackson’s expense so it was refreshing to have a warm tribute to Michael, through dance and song, whilst still at times kindly taking the Mick.

It was funny to hear how MJ would hum 50 Cents ‘In da Club’ only to spoil the effect by singing the lyrics in his high-pitched voice. 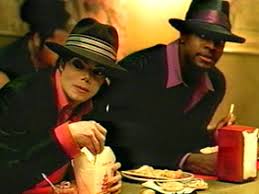 There were stories of the madness surrounding staying in the same Mayfair hotel as MJ, with hundreds of fans screaming outside and being mistaken for MJ’s bodyguard … Playing up to it, leaving some fans wondering why Chris Tucker’s acting as MJ’s bodyguard!

In common with many comedians, the core of his set revolved around real life anecdotes. Often these are based on the types of everyday experiences we can all identify with. The only difference with Tucker’s are, as you will have gathered from the above tales, that his relate to those of being a multi-millionaire Hollywood Actor who’s peers are the likes of Michael Jackson, Denzel Washington and Wesley Snipes. We also heard how he hung out in Africa with President Bill Clinton. It was fun to hear him taking the mick out of these people with quite intimate, personal stories and impersonations of these stars.

Wesley gave him pearls of financial advice that added up to (or to be precise didn’t add up) “we don’t have to pay taxes”! Certain English comedians seem to share that philosophy too. Perhaps they jimmy carr(n’t) afford to.

Fortunately Tucker gave such advice a wide berth and was here on stage making the audience laugh rather than languishing inside an american prison cell like Mr Snipes.

I loved the stories re his family’s attitude towards his new found wealth …”We’re rich. We don’t have to work anymore,” they gleefully proclaimed, quitting their jobs. Tucker’s retort had the audience in fits. “No. I’m rich. You better go get back your jobs!”

A staple of Black British comedians routines is the strict, severe discipline Black parents meted out to their children. Judging by Tucker’s upbringing, it seems such harsh beatings are another thing we have in common with our African-American cousins.

His church tales were funny too, with him once cheekily and cockily back-chatting his Mum in church safe in the knowledge (or so he thought) he couldn’t get licks in the House of God.

One of the few negatives was the lack of screens in the venue. Sat at the back it was impossible to see the facial expressions of any of the comedians, which can be half the fun. Fortunately the quality of material and energetic performances from all made it a visually arresting performance. I just think big venues like this should provide video screens as standard. People pay too much for their tickets today to be denied this.

I opened by questioning whether Chris could still cut it. The answer on tonight’s showing is emphatic. Yes he can.

It can’t have been easy returning to the stage after such a long time away so to deliver such a tremendous show was hugely impressive. If he stays with stand up comedy there’s potentially a lot more to come from Chris Tucker as he develops into an even better comedian.

This was a terrific performance from Chris Tucker, ably supported by funnymen London Brown and Terry Hodges, who between them delivered a fantastic triple bill of comedy that had the Hammersmith Apollo audience in stitches all night.

It wasn’t an Oscar winning acting performance, but for anyone of these comedians, London Brown, Terry Hodges or Chris Tucker, it could well turn out to be a ‘Best International Comedian‘ performance when it comes to Tiemo’s 2013 Black Comedy Awards.

Tiemo will announce the nominations in due course for the 2013 Black Comedy Awards. If Chris Tucker, London Brown or Terry Hodges tickle your funny bones then be sure to vote.

3 Responses to Chris Tucker is back, but can he still cut it?