What would the world be like if 99% of soldiers were women?

What would happen if 99.5% of the soldiers killed in war were women?

Think about it. I’d wager that men and women alike wouldn’t tolerate the fairer sex losing their lives likes this. The powers that be would find a way to put a stop to it. Rapidly.

Yet 99.5% of soldiers killed in wars right across the planet are in fact men. Yet we tolerate this and barely give it a moment’s thought. As men and boys we can be our own worst enemies when it comes to tolerating and/or being violent, whether in international disputes or local, personal battles.

76% of suicides are committed by men. 95% of the homeless are men. Would we tolerate this if the figures were for women? I doubt it. Efforts would be re-doubled, re-tripled even, to find a breakthrough and reduce these horrendous statistics.

In honour of the men fighting wars many in our countries name, those sleeping rough or finding life too tough to bear and thinking of bailing out I think it’s something we should consider. More so, as a fitting means of positively marking the 13th International Men’s Day on 19th November 2012.

Some might say why do we need such a day, isn’t every day men’s day?

Well if you had been at the Second National Conference for Men and Boys in Brighton, 1st – 3rd November 2012, you would have heard all about the numerous issues of concern to men – health, violence, father’s rights, denial of access to children, family courts seemingly biased against fathers, education, unemployment, feminism, the law, gender inequality and many other issues of great concern. I think this puts the lie to the notion that there is no need for International Men’s Day. 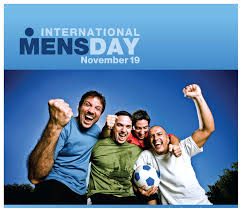 One of IMD’s 5 main aims is reducing the tolerance of violence against men and boys. The introductory statistics might seem dramatic but whether you’re in Brighton or Luton, London or Bolton, too many young men and boys will feel they’re in a war where there’s lives could be lost, not for some noble and patriotic cause, but  just over a girl, a mobile phone or a pair of fashionable trainers. In a first world, cutting edge, civilized country like England this simply shouldn’t be happening. Yet it is and IMD is looking to address this. Its five core themes relate to improving:

• Reducing the tolerance of violence against men and boys.

IMD is also keen to promote ‘Positive Male Role Models’ as one of its key pillars to success.

“There is a desperate need around the world for more positive male role models. Many boys today do not know what it means to be a man because they don’t have a man in their lives. Many children will go to bed tonight without saying goodnight to their father because he just isn’t there.

Nearly one-fourth of America’s children live in mother-only families. Of the children living with their mothers, 35 percent never see their father and 24 percent see their fathers less than once a month. This is the reality across the western world to a lesser or greater extent. Unfortunately this trend is beginning to occur in less developed countries as well.

These children live with a woman and more than likely, they are taught by a woman at school. Where do they see and interact with positive male role models? Or, if they are a boy how do they learn what it means to be a man? Television? Movies? On the street?”

Now is a good moment to consider what makes a good role model. Who are good role models? Celebrities/Businessmen and women such as Karen Brady, Levi Roots or Gordon Ramsay? Sports stars such as Zinedine Zidane (pictured below) or Lance Armstrong? Military Generals such as David Petraeus, recently resigned Director of the CIA? 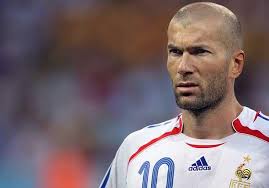 Whilst all have much to commend, you can see by some of the names on this list that it is so easy for stars to fall from grace and shine less brightly. Perhaps we are better off focusing on the term ‘Goal Models’ coined by Dr Lez Henry, where rather than just focusing on the success, fame and wealth of stars, we encourage people to focus on the abilities they utilised that propelled them to success, namely learning from their goal orientated mindset, doubtless including having short, medium and long term goals that they focused on relentlessly; dedication to their craft, learning, practicing, working hard, developing technique and essentially being professional in all that they do.

I would say that those are the types of skills we should be encouraging young men and women to aspire to when recommending role models.

This International Men’s Day I urge us all to extend the hand of friendship and acts of love and/or respect to the men and boys in our lives, be they our acquantainces, brothers, fathers, uncles, grandfathers, bosses, friends, classmates or colleagues. 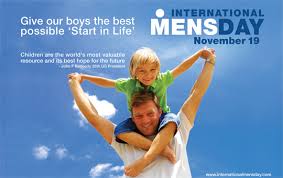 The Second Conference for Men and Boys 2012

3 Responses to What would the world be like if 99% of soldiers were women?