Is our character inherent in us from birth or is it self- developed?

Can character be taught or is it morally, inherently within us? Unchangeable? Fixed?

Ruth Gledhill of The Times, Angus Kenny, Head of External Relations, Institute of Ideas, Professor Kristjan Kristjansson, University of Birmingham and Ian Morris, Head of Wellbeing, Wellington College debated this in a fascinating and thought provoking ‘Under the Spotlight’ debate on  Day 2 of the Battle of Ideas Conference 2012 at London’s Barbican Centre.

This debate nicely complemented the earlier debate at Battle of Ideas on epigenetics which is the study of early life development of the embryo and child from 0-7 years old.

Ian Morris , Head of Wellbeing, Wellington College, gave a personal example from his younger days of how peer pressure can influence us. In his case, in spite of being against smoking at age 17 he started smoking just because his peers were as well as a girl he fancied!  His character just wasn’t strong enough to resist the temptation, despite it being something he didn’t wish to engage in. Ian was of the view that you can’t teach behaviour but you can practice it. 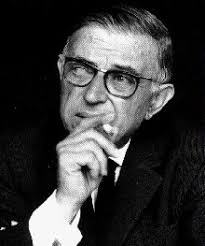 One man in the audience was adamant that, “literature was very good for developing character. If you wish to get to know more about the character of , for example, the Philospher and Author John Paul Sarte, (pictured above), you will get a far greater sense of him through reading his novels rather than just his philosophy books.”

Ruth Gledhill, Religion Correspondent, The Times and Journalism Tutor, City University, agreed about the value of reading: “It’s said you benefit from reading and taking on many different characters and learning from their mistakes without having to make them yourselves.” I like the sound of that. Time I read more novels!

She quoted Aristotle: “An un-analysed life is one not worth living;” making the point that its important that we slow down at times and reflect on our lives and where we are going.

Angus said: “It’s all very well looking at a tool kit approach ie, a bit of psychology, religion etc… but we need to look more within ourselves when it comes to developing character.”

One audience member referred to the Walter Mischel marshmallow experiment on 4 year olds ability to resist marshmallows. Surely that can’t be done. That sounds cruel to me. I’m well past 4 years old and still can’t resist a marshmallow!

Ruth said that though the 10 commandments provided a good basis for character, perhaps we need a new set for a secular society?

I wonder what that would comprise? I think the current 10 commandments *are still a pretty solid foundation that continue to stand the test of time.

A young Black man in attendance said: “Young people need more confidence, more self-esteem. Some say youths can be over confident, but that’s just them being themselves, not them making a statement.”

Another man in the audience said the term “character building is a phrase we hear less of these days. If we think of the definition of character we think of resilience, steadfastness, honesty, hard working, determined, strong etc. All positive.” 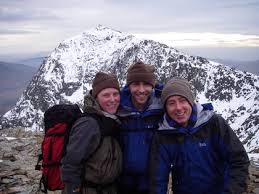 23 year old Coventry Student David, who incidentally had just arrived at the conference having climbed Mount Snowdon the day before felt he’d been given a character by his parents and grandparents and that he wasn’t there when he got a character, but now sees a disparity between his character and the one he wants. “I know I have work to do,” he said. I felt this was a good point to make and went to the heart of the debate regarding whether character is inherent or developed.

Angus: He rubbished the neuroscience aspect of this discussion. What he said clearly irked one man in the audience, who quite bizarrely removed his show and motioned to launch it in Angus’s direction. Fortunately for Angus he didn’t release the shoe!

Ruth quoted her Mother, “who always said, choose a man based on his character as that will influence the character your children.”

Kristian: addressing the young black man points, said it’s about having realistic confidence. He more than amplified his point with a very funny anecdote. On a visit with his 3 year old son to the State, he caught him singing to another young boy, “I am perfect. I am perfect. So are you. So are you.” That’s confidence gone mad, he said!!! The audience erupted in laughter.

My sense is that character is innate within us e.g. to be shy or extrovert but the point is that, that character must have been formed out of personal experiences and how you’ve reacted to them. Something about whether you succeeded or failed will have given you confidence or damaged your self confidence forcing you out of or into your shell. For instance, if you sang at a party as a child and got rapturous applause that could have given you super confidence in your ability which might have remained within your armoury in every comparable situation you encounter.

The input of those nearest to you is critical in my view i.e. did your parents boost your self confidence via constantly demonstrating their love for you or was yours a childhood bereft of love and praise? Such input matters.

The same can apply to others close to you – did your siblings, friends and teachers show you love or negativity or neither? We’re very impressionable when young and I feel these factors all have an impact on an individual’s character and self-development.

I think Professor Kristian put it very well by saying that character is something that can be developed until the day you die. In a way we’re always being tested and thus the opportunity arises for your character to form under different circumstances. I’d be interested in your views. Feel free to post your opinions below.

And God spoke all these words, saying: “I am the Lord your God, who brought you out of the land of Egypt, out of the house of bondage.