Can Obama recover to win a second term?

Obama gets hammered at Barbican US Presidential debate *** 3/5

Under the spotlight
US Elections: The end of Great Expectations?

In a somewhat one sided debate on President Barack Obama’s record in office took a Hurricane Sandy style battering at this Sunday morning Battle of Ideas debate.

The panel of four esteemed American political commentators gathered at London’s Barbican Centre to discuss whether the election will change America or just increase cynicism about the political process. 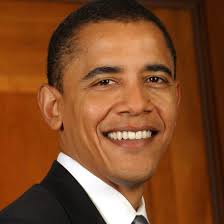 Whilst a noble aim, having a panel that were united in their criticism of Obama’s (above)record did not provide for a balanced and stimulating debate. It’s currently 50:50 in the opinion polls whether he’ll get a second term or not after the 6th November 2012 election so clearly many millions of Americans must be satisfied with his four years in office. It was unfair of the panel therefore to not set out his successes. One could point to his foreign policy. Have people forgotten he was the man who took out Osama Bin Laden last year? That he’s introduced health care for all Americans not just those able to afford it.

Has he not restored the USA’s international reputation – severely damaged by his predecessor George W Bush? He is not perceived as an embarrassment to the nation domestically or on the world stage in the way Bush or Berlusconni, the disgraced former Italian Prime Minister were.

James Mathews, Management Consultant; Founding Member NY Salon and Writer on economics and business, said Obamacare had failed; that he’d failed on the economy, that the economy is in long term stagnation. Neither he or Republican rival Mitt Romney (pictured below) are facing up to this. They lack vision on this. 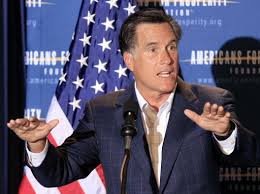 Well that’s not strictly true. Just this week figures stated that the economy had grown by 2% in the last quarter.

He said his whole campaign had been about lowering expectations i.e. “this is best we can do. “It bothered him that people were buying this.”

Well that’s interesting, for as a man in the audience said,”Obama’s naivety meant he set the bar far too high during his 2008 election campaign. He was never going to meet the expectations promised. Now there’s a very good chance Romney could win.”

Fair point. If you accept that, then it is hardly surprising that Obama’s learnt from over promising and in this campaign, is offering Americans a more realistic and measured offering for the next 4 years, with less hype but more realistic expectations.

Regarding the state of the economy. It’s moving slowly in the right direction, but remember the Democrats inherited an economy in arguably the worst state any US President has ever taken on. It was never going to be turned around in just a single 4 year term of office.

I don’t agree Obamacare was intended to stimulate the economy. How could it? It was going to cost an enormous sum of money and was focussed on the health and insurance industry so was never going to stimulate the wider economy.

Wendy Kaminer, US based Writer on law, liberty, feminism, religion and popular culture, stated that in her view, “Obama’s biggest mistake was his bipartisan approach, thinking he was the great mediator. This might well cost him the presidency.”

Brian M Carney: “Obama had the biggest majority of any President coming in and could do what he wants. And he did.”

Discussing the alleged fading world influence of America, Brian said,” the – USA was most influential when it’s prosperous. It’s far harder when it’s in decline.”

Was Obama too inexperienced to be President?

Most panelists considered that President Obama had little experience in administrative leadership coming into office so was simply un-prepared and too inexperienced to be President.

Gideon Rachman, Chief Foreign Affairs Commentator, Financial Times, said ” Obama is accused by some Republicans of being a secret declinist i.e. accepting the decline of America. ” In response Wendy said, “I’m the poster girl for doom and gloom.”

I don’t consider this fair comment. I think Obama’s just being realistic whilst working hard to turn the economy around via strategies for growth. Most nations have been in relative decline for sometime. The world’s been in recession so what else would you expect?

James: ” We need culture wars and a real focus on how we can generate growth.”

This was quite a parochial, heavyweight debate with an expert, knowledgeable panel and audience. Whilst disappointed at the consensus of anti-Obama sentiments pouring down from the panel it was still a high quality discussion. To answer the main theme raised for this debate, I don’t think this election will change America or increase cynicism about the political process. Those that are cynical will continue to be. A dose of healthy cynicism is no bad thing anyway.

I do feel though that far too much money is spent on campaigning. $2 billion in total. That’s not only an astronomical and ludicrous amount of money to spend on advertising and campaigning, but also rules out the ordinary man from any chance of standing for the office of President.

Not only that, most people’s political allegiances are firmly set and immovable, so the bulk of that spend if effectively going towards persuading the minority of undecideds to vote for a particular candidate and party.

I think this should be looked at between now and the next US election in 2016 and legislation be brought in to put a cap on advertising or even ban paid for TV advertising. 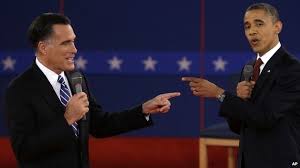 The three televised debates between Obama and Romney have been tremendous and have proved to be game changers, especially the first one which made America see Romney as a genuine contender. Obama losing that was huge. His victories in the last two debates did not do enough to overturn the boost the Romney win in debate one. It’s neck and neck with all to play for now. It makes for an exciting finale and nail biting finish to the 2012 US Presidential race.

What do you think? Who do you think will win the election? Feel free to post your thoughts below.

1 Response to Can Obama recover to win a second term?