A Crisis of compassion: Who cares?

A crisis of Compassion: Who cares?
Battle of Ideas

A constant stream of harrowing media stories highlights incidents of extreme lack of compassion in institutions charged with caring for the vulnerable. The recent Delivering Dignity report is an attempt at addressing this perceived problem in the care of the elderly in hospitals and care homes. The 2011 Dilnot Report, responding to a situation where demand for adult social care is predicted to rise by 25 per cent in the next decade, argues for a ‘root-and-branch reform of the system’. 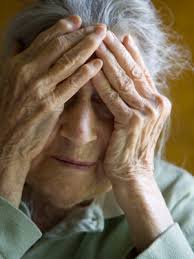 How can we tackle this supposed compassion deficit? Suggested solutions include checks for evidence of compassion, such as the evaluation of staff’s caring skills ‘as a measure of performance’, an emphasis on ‘dignity and compassion’ as core competences of the nursing syllabus and NHS recruitment procedures, and local dignity champions in every hospital. But can we really train people to be compassionate? Might this become no more than red tape and checklists? As the Alzheimer’s Society observes, ‘there is no such thing as a one size fits all approach to care’. Might such external measures even backfire and undermine carers’ confidence in their capacity to care for the old, infirm and vulnerable? Is the problem institutional, the NHS being too big and bureaucratic, the private sector being too interested in profit-making to care? Might we look back to the old charitable hospitals as a model, or indeed the contemporary hospice movement?

Or is there a deeper cultural problem? The popularity of TV programmes like the BBC’s Call the Midwife affirms an ongoing cultural validation of the ‘caring professions’, but do we as a society care less about each other? Superficially, we are encouraged to display our caring credentials with an assortment of plastic wristbands in support of various causes and to help our neighbour through the Big Society initiative. But with even volunteering widely promoted in schools as a way of boosting your CV, are we viewing compassion too instrumentally? If so, is there even an institutional fix? Even if no one had to pay for social care and ward sisters and staff threw out the checklists, would this mean an end to the disturbing headlines? Does the crisis in compassion for the elderly reflect a deeper lack of respect for wisdom and experience? What are the causes behind our seeming inability to care?

There have been numerous exposes over the years of abuse of the elderly in care homes and stories of ill-treatment and lack of care and compassion towards hospital patients. To the non-user this makes little sense. Aren’t Nurses meant to be nice, caring, compassionate souls? Naturally of this disposition? Even if care and compassion is not in their DNA, surely it’s in their job description?

Though I would say it would be wrong to tarnish all Nurses and Carers. I’m sure most do a great job. However it would seem that far too many in the caring professions demonstrate uncaring practice and behaviour. On a personal level I was visiting my Uncle in hospital this year. We were chatting away at his bedside, when all of a sudden two Nurses appeared and just began to wheel him away in his bed. No introductions. No explanation to me.

They were taking him for x-rays. I had to ask another Nurse in charge what the x-ray was for. I found this shocking, extremely rude and highly insensitive, not to mention very worrying in terms of what the x-ray might uncover.

That’s no way to treat a patient, never mind their visitor. Totally and utterly disrespectful.

This debate sought to shine a light on why such poor treatment occurs and what can be done to improve the situation.

We started off hearing the harrowing tales of the post operation treatment for breast cancer of ‘The Independent’ journalist, Christina Patterson.

The callous treatment she received included being left to get her own breakfast the morning after her first operation. She was too weak to even lift a tea-pot, yet Nurses, she informed us, couldn’t be bothered to bring her breakfast.

On another occasion she had just missed the tea trolley. A Visiting friend ran off to ask the Nurse pushing the trolley for a cup of tea, only to be told she didn’t have time to. Totally un-caring. Where does such an attitude come from? 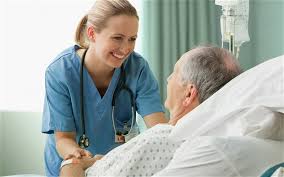 Christina was very clear, “that there is a very real crisis of compassion. It’s in the culture. From the leaders of an organisation; the nurses and pervades various institutions.”

Professor Raymond Tallis suggested that Nurses and Carers should be assessed on their compassion during the recruitment process. “It can be taught. If John Lewis can teach staff empathy, hospitals can teach nurses and staff to be compassionate.”

Alka Sehgal Cuthbert commented that “One key problem is that we don’t have time to think as a society and as individuals. We need to understand un-caring attitudes and behaviour via understanding organisations and their structures. Furthermore there is the problem of living in a society that’s very individualistic.”

Raymond was concerned with the business model approach adopted by the NHS and care homes and felt that such private sector values had promoted a decline in standards of care. He considered public inquiries to be on the whole futile and in practical terms of very little value, other than resulting in tick box solutions which only distract nurses from time that would be better spent on delivering the practical patient care that actually benefits and makes the patient feel better!

“We need to reflect on a culture which has allowed uncaring to go on of the elderly and people like Christina. This is beyond the scope of inquiries. We all as citizens have a stake in this and need to provide a greater response than just mere outrage.”

Dr Ann Gallagher agreed that we need to have more reflection eg “on our colleagues behaviour in caring professions.”  She also made the point that this month the nursing profession became a fully graduate profession for the first time. In my view I’m not so sure that’s a good thing. Why do you need a degree to be a caring, compassionate Nurse or Carer? If anything, that is perhaps one of the problems. Why would a highly educated woman wish to do “menial” basic nursing, caring tasks which her education and opinion of herself may now mean she feels such work is beneath her? After all, she may now, as Raymond suggested, perceive herself to be a mini-Doctor.

Raymond pointed out that there are lots pressures on nurses. They’re operating in an increasingly bureaucratic society, a tick boxing society, but you can’t measure compassion. An Adversarial conflict grows between the patient and Nurse.

Christina: ” It all comes down to leadership.”

Dr Ann Gallagher said role modelling of good Nursing behaviour and standards had a part to play in creating solutions. We need to ask how hospices get it right as they don’t seem to get such complaints.

Raymond: “There is a problem with continuity of care. We have fragmentation of care with different people looking after different aspects of care. We can learn from good and bad examples. The atomistic society a problem.

One Nurse in the audience with 40 years service said that we shouldn’t kid ourselves that this is a new problem. “The solutions aren’t new that we’re hearing.”

Another delegate said that she thinks people come in and study to be nurses, but caring and compassion is taught out of them. They have so many targets to meet that compassion gets sidelined.

A Teacher of special needs children stated, “it’s about culture and leadership and events such as this which can make a difference. It’s important to make people feel worthwhile.”

A male Veterinary student felt that the role of nurse had now moved to far from being that of care givers. They felt like devalued, mini-doctors.

Another delegate, made the point that “we should remember that when someone is unkind to you, they are probably deeply hurt themselves.

The system de-humanises us. Hospitals have become too obsessed with bigger targets: being faster, higher, stronger etc… More time for reflection is required on what sort of NHS we want.”

Christina: Recommended people look up Andy Bradley’s ‘frameworks for change.’ She said he is getting very good results in the NHS. We need good leaders in wards and at top hospitals. It can be done.

Dr Ann Gallagher felt that Nurses need to understand more regarding mental health and greater respect for dignity, including that of nurses, from bedside to boardroom and beyond is required.

Raymond: “We need to learn from what works well. Help people to cope with circumstances where compassion is likely to be depleted.”

Alka: “You can’t teach culture, but you can foster it. I disagree with teaching compassion as if were pavlovs dogs!”

My conclusion is that we need to consider whether the profession requires degree educated Nurses and whether that has created its own un-realistic expectations and problems.

A real look at and improvement and fostering of a more caring and compassionate culture is required. Make this a key performance indicator. Measure it if you can. This could be via patient and visitor feedback. “Mystery shoppers” who come in and observe what goes on in Hospitals and Care Homes. Staff appraisals could have this as a measurement factor.

We need our   and Nurses to be less individualistic and selfish, more self-less in their service to patients.

A real look at the and leadership from the top of hospitals and Care institutions through to the Ward Sister is required.

The general public needs to engage more in the process too, so rather than just put up with a situation, complain. Seek redress and improvement in nursing such that Nurses and Carers know and practice their core function of being care givers.

5 Responses to A Crisis of compassion: Who cares?