Will there ever be another Black  sit-com, return of or replacement for the Real McCoy?

It was an honour to receive an invite to The Real McCoy 21st Anniversary Celebration, held at the BBC on 27th April 2012. If truth be told, I knew it was an old show, but didn’t realise just how far back it went. The show first aired in 1991 and the final episode was broadcast in 1996. 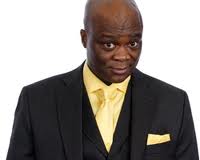 Eddie Nestor Co-Host for the night, BBC Radio London Presenter and one of the original cast of The Real McCoy

Hosted by BBC Presenters Brenda Emmanus and Eddie Nestor (one of the original cast of The Real McCoy) and Organised by the BBC’s Black and Asian Forum, the event brought together a stellar line up of most of the original stars of the show as well as many of the current top stars of Black comedy such as Axel the Entertainer and Slim,  winner of the Tiemo Entertainments ‘Best Male Comedian’ at The Black Comedy Awards 2011, who both performed on the night, as well as Eddie Kadi, Kojo, Angie Le Mar and John Simmitt.

The event actually wasn’t just a great, fun celebration, it also stirred a lively, heated debate about the relative lack of Black comedy on TV since the Real McCoy, failure to repeat or re-commission the show or even release it on video or DVD and soul searching as to why there hasn’t been such a successful show since then.

You can read more re the detail of the debate in The Voice review by Davina Hamilton. My take on this is that there has been enough great comedic talent that has broken through over the last 16 years since the show was last broadcast, that there could and should have been a show to supersede that and that with the will power and desire it should have found a broadcaster to broadcast the show, whether that be on the BBC, ITV, Sky or one of the other satellite channels out there.

If you attend Black stand up comedy shows, you’ll know that the scene is thriving and the audience demand is out there, so other than failure to pitch ideas or convince the powers that be on the main channels it really is hard to fathom why this hasn’t happened.

The popularity of stand up comedy was evident at the recently held Tiemo Entertainments Black Comedy Awards, not only via the quality of the performances from the Comedians on stage at the ceremony, but via all of the award winners and the many talented comedians nominated for awards. This includes those branching out into other non stand – up genres such as Angie Le Mar who writes and performs in her own plays and was a nominee for Best Comedian Acting, for ‘In My Shoes’ and Richard Blackwood, the winner of this category, who for the past year has starred in ‘Shrek’ in London’s West End. 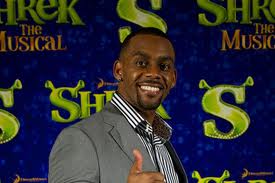 Meera Syal, one of the show’s original stars, made an interesting observation that although she felt things had gone backwards in terms of Black comedy representation, for Asian comedy, though they have a far, far smaller stand up comedy scene, in terms of TV representation, you could argue that Asian comedy has punched above its weight with the tremendous success of ‘Goodness Gracious Me, ‘and ‘At Home With the Kumar’s’, both of which Meera starred in.

You could argue though, that compared to 16 years ago, the Black British stand up comedy scene is a lot more vibrant, with many more Comedians performing on the Black and mainstream comedy circuit; a select number such as Stephen K Amos, Reginald D Hunter and Andi Osho regularly do national tours in large theatres, Eddie Kadi has performed at the O2; plus it’s not unusual to see Stephen K Amos, Reginald D Hunter and Andi Osho on TV.  Many more are worthy of a TV break on the numerous comedy panel shows that exist. That’s a whole new other blog as to why we don’t see a greater representation on such shows, so we’ll leave that one for now!

Meera Syal – Star of ‘The Real McCoy’, ‘Goodness Gracious Me’ and ‘At Home With the Kumars’

On a more uplifting note it was wonderful, priceless in fact, to see clips of the show and so many  of the cast, together on stage, reminiscing and laughing about the good  times they had writing and performing the show all those years ago. Curtis Walker, Meera Syal, Leo Muhammad, Judith Jacob, Felix Dexter, plus show producers Charlie Hanson, Paulette Randall and  Director Terry Jervis were all present. Even those that couldn’t make it, such as Llewella Gideon submitted pre-recorded VT’s that were shown on the night. 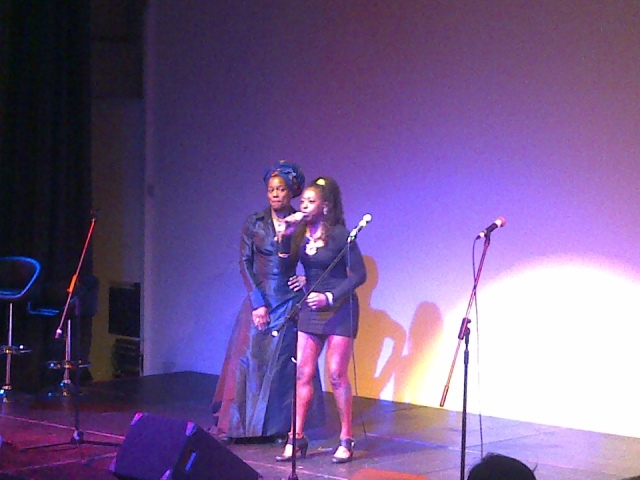 Judith Jacob on the microphone at The Tabernacle, London, March 2012

Some of the key messages of the night were the need, as Angie Le Mar said,  to “Do for self,” which is exactly what she’s been doing herself for 25 years with her ‘Straight to  Audience’ production company, directly putting on comedy shows and plays all over London. More recently, the Producer and Director of ‘Meet the Adebanjo’s’ did the same, raising an amazing £100k to produce their own show, broadcast on satellite TV.

The other message, that TV fans should take heed of, is that it is crucial to write into the BBC, ITV, Channel 4, Sky and other channels with both criticism and praise where merited.  Officially logged complaints and praise are recorded, looked at and noted and go some way to determining if shows get re-commissioned or even simply repeated. Therefore don’t just complain, praise a show particular character privately to friends or on Facebook, take a little time out to write in to the TV channels direct. Most have online complaints and comments pages so it really couldn’t be easier.

The Real McCoy at 20 by Carlton Dixon of The Creative Collective.

If you were present at the event or have a view on the content of this blog, please leave a comment.