Attended another superb night of side splitting comedy at Headliners in Chiswick. Headliners by name, headliners by nature. A night when every Comedian could have been the Headliner in their own right.

The Compere Windsor kept things moving apace superbly with great wit and humour, including taking the mick out of the poor old half-Scottish/half-German man in the front row all night. I felt for the guy as every comedian proceeded to rib him throughout the night. The perils of a front row seat at a comedy gig. He won’t be doing that again in a hurry. The organiser’s offered me a front row seat, but I knew better than to accept their offer and sat at the back!

He delivered quite a few culturally referenced jokes which went down well with the audience. Whilst getting laughs is the Comedian’s job first and foremost, to me it seemed somewhat incongruous to me for a fully grown man of 28 doing a routine around being 18 years old. I would have preferred to see him, not to mention other Black Comedians just finding the funny in their everyday lives without reference to the fact they have African or Caribbean parentage. Does it really matter? Do they really think non-African-Caribbean audiences are that interested or need educating on this? The Comedians that followed him didn’t refer to their upbringing or cultural background so why go there? it was a funny set and had the audience laughing away. Job done. I just think it’s time for more Black Comedian’s to move away from sets that predominantly draw on their cultural background all the time, especially when performing in front of 99% white audiences, as was the case at this gig.

Eddie is the only Black Comedian, aside from Chris Rock, to perform a solo  show at the O2 main arena, the world’s most successful concert arena. You can listen to Eddie Kadi on Choice FM 96.9FM and 107.1FM every Saturday morning from 9am-1pm. As a double nominee he will also be at Tiemo Entertainments Black Comedy Awards on 4th April 2012. Ticket and voting details can be viewed at the end of this review. 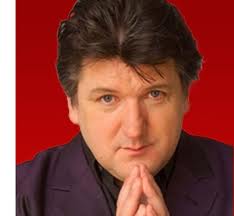 Next up was Bob Mills (pictured above), 54. I’d not seen him live before, but recalled him as the football loving Comedian from TV shows gone by. He gave a hilarious performance, poking fun at his not inconsiderable weight. “I’d do anything to lose weight .. anything except two things that is …  eat less and exercise!” Hilarious.

He humorously took aim at the changing landscape of comedy and how political correctness is censoring the subject matters for comedy. 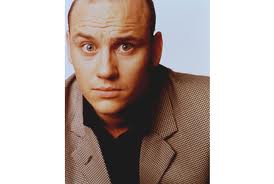 The headlining act of the night was Terry Alderton, 41 (pictured above). He was brilliant as ever, putting on mad voices, winding up our half-Scottish/half –German front row guest with war time siren/gun fire noises, dancing and diving in amongst the audience. Loved his Lee Evans routine too. They’re quite similar at times with their highly physical, high energy approach to stand up comedy. A fine way to end a really top quality night of comedy.

The much anticipated Black Comedy Awards are back in April 2012

On the 4th April 2012 comedy fans will have a fantastic opportunity to be part of a unique night to celebrate, honour and laugh with the funny men and women who had audiences roaring with laughter in 2011.

Tickets to attend the prestigious Black Comedy Awards to be held at the UCL Bloomsbury Theatre on 4th April 2012 can be purchased from www.bcawards2011.eventbrite.com

1 Response to Headliners with Eddie Kadi