Stylish. Classy. Cool. But that’s enough about me, I know you’re just here to read my review of Ozwald Boateng’s film. Now that’s a man who defines style and class. The very epitomy of cool.

Imagine being followed for 12 years. Not only that, being followed and filmed for all of those 12 years. The good. The bad and the ugly. I don’t think you or I would welcome that intrusion into our private and public life, but that is what happened to leading Fashion Designer Ozwald Boateng, having allowed Director Varon Bonicos to make a film about his life. Originally intended just to be a 6 month project for various reasons the filming continued for 12 long years. Surely that must be some sort of Guinness World record?

The film opens with a shockingly powerful and emotionally wrenching telephone conversation between Ozwald and his wife. We know not the context, but it later becomes clear as the film unfolds. It’s a raw, unexpected and startling start to the journey we’re about to go on.

The film is a fascinating insight into the behind the scenes private and public life of Ozwald, a side we never hear or see much of at all. He could easily have edited the less flattering elements out, but the fact he didn’t is to his credit. It highlights one of the points he made in the Q&A afterwards with MP’s Diane Abbott and David Lammy, that life is about experiences of the journey we all make each and every day. Without the lows you can’t enjoy the highs, so to put his life into context one can see how he would have considered it necessary to portray the break up of his two marriages and allow the viewer to form their own opinions as to why that was. In my opinion, in one word. Workaholic. 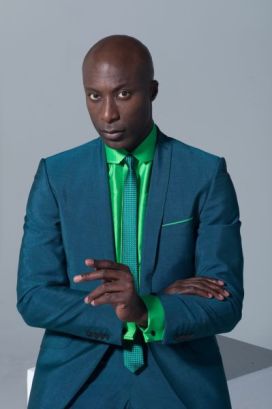 In one scene his wife states that though Ozwald says his wife and children are his number one priority, his actions indicate otherwise. I can understand that. The film is called ‘A Man’s Story’ and I think it’s fair to say that for many men their story is their work, their success or failure at which defines them as a man. Therefore it is often that which is paramount in their lives. For women, mothers especially, my view is that they define their success in life more on their success as a Mother raising children and maintaining a good, well run home. I don’t deny career is important to many women, but not above their maternal function once they have children and the status and priority that they place on raising them. After all, how often do you hear about mother’s abandoning their children and having nothing to do with them? It’s very rare.

The film vividly depicts the hassle, strains, setbacks as well of the joys to be experienced in putting on fashion shows, opening up new stores and most impressively of all, organising a huge African conference in 2007.

It’s great seeing how well he has been embraced by African-American stars who love his suits such as Will Smith, Jamie Foxx and Laurence Fishburn. 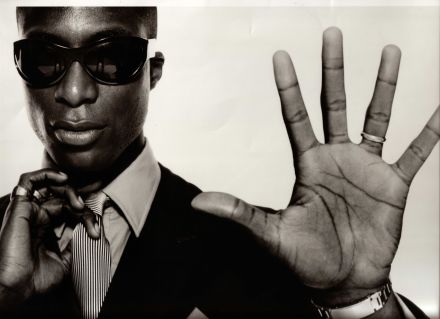 One thing the film lacks though is dramatic tension. For a 103 minute film, aside from the serious marriage troubles, whilst there is undoubted drama and tension in the film, I felt there were long periods where it lacked a certain enliving spark that you might have got for instance if a Gordon Ramsay type character was suffering the travails he endured. Or a less serious, more humorous character, might have added more passion to the film. Perhaps that’s to Ozawald’s credit, for he rarely “lost it” in the manner of spewing forth profanities towards his foes and after all he’s a serious man, not a Comedian. So why be something he’s not?

The post screening Q&A was generally well facilitated by the local MP for Hackney Diane Abbott and David Lammy. I can see why Diane was involved, though what role either have in terms of the fashion industry I know not of. Considering the themes of the film, it would have been far more relevant to have someone from the fashion or media world or even a male mentoring organisation to host the Q&A. Unfortunately David spoilt the flow of a couple of Ozwald’s responses by throwing him off with interventions and communicating with stage manager’s off stage. This is where the skill of a professional interviewer comes in, as opposed to people more used to being the interviewee.

We learned that his ambition over the next five years is geared towards opening up to 150 new stores. I’m not quite sure that is realistic at all, bearing in mind that equates to just over 1 store a month. There were requests for him to introduce a line of clothes for boys and clothes for OAP and overweight men! He mentioned that his father fits the later category and he’s been making suits for him for over 25 years! I wasn’t convinced though that he has any real plans to enter any of these markets or that he makes many suits for overweight or old men.

It seems totally unfeasible, especially if expansion is his priority and he is known for one thing – sharp suits for men. Suits which are based on adding a distinctive and fashionable twist to traditional suits. This niche has made him his fortune, so why on earth would he change this approach and dilute his focus and main brand?

I found his self-belief in himself and projects he worked on most inspiring. There were times, with all the grief he was getting, that he questioned why he was doing certain projects such as the huge African conference, yet with strong belief, he persevered believing all would come good in the end, aware that the good and bad experiences were all part of the journey of life, all to be equally endured, enjoyed and learned from.

He was a founding Member of the Reach Role Model programme, now disbanded. I mention this as he stated that the reason he made the film was to help inspire people. Coming in the week it was announced that 58% of young Black men aged, 16-24 years old, were unemployed and not in education, it is very timely and inspiring to watch this journey through the travails and successes of this British fashion icon.

The film is on limited public release from 9th March 2012.

Watch the trailer and read more about the film and a revealing interview with the Guardian. For Fashion Designers there is a competition with a prize to spend half a day working with Ozwald in his Saville Row store.

A cohort of at least 24 professional Black men, with diverse expertise, giving face to face advice to young people, from age 14, and their parents, on pathways to success in higher education, financial services, medicine, law, engineering, high technology, media services, civil and uniformed services, politics and more. Can you and your child afford to miss out?

The Reach Society has replaced the Reach Role Model programme set up by the Government, which Ozwald Boateng was a Member.

The much anticipated Black Comedy Awards are back in April 2012

On the 4th April 2012 comedy fans will have a fantastic opportunity to be part of a unique night to celebrate, honour and laugh with the funny men and women who had audiences roaring with laughter in 2011.

Tickets to attend the prestigious Black Comedy Awards to be held at the UCL Bloomsbury Theatre on 4th April 2012 can be purchased from www.bcawards2011.eventbrite.com

4 Responses to A Man’s Story