Return of the Skinny Bitch

I attended this show with eager anticipation to see what kind of show we’d get from Gina Yashere on her return from Los Angeles for a brief UK tour.

She didn’t disappoint. She delivered a 2 hour show with no support act. Perhaps that threw one woman, of mature age, in the audience, who 30 minutes into the show shouted out, “when’s the show going to start?” Classic. Where that came from is anybody’s guess as Gina was delivering a good humoured show. Maybe because for the early part she primarily engaged in audience banter, joshing with 18 year old Asian male student. An educated guy, yet lacking in any opinions on anything or any idea of what degree he wanted to do at university or career he wanted after graduating.

Gina joked about the long journey from her home in Croydon to Harrow. She said it took 3 hours. Hmmm. That’s a journey I know well and it’s never taken that long. Maybe she walked? Maybe that’s how she became the “Skinny Bitch” as she referred to herself in the title of her last tour having lost around 5 stones since leaving England? It’s weird that South Londoners always act like Middlesex is Manchester? West Londoners go to Catford and Hackney for the big shows but don’t make such a song and dance of it.

Gina made a series of good gags and anecdotes regarding her early career as a Lift Engineer, the first Black one in this country. Nice to hear this little bit of history and quite apt as it was Black History Month.

My only criticism would be that the show went on for too long and too much  time was spent mining the audience and poor old Josh for jokes.

That said, all in all this was a welcome return to London town for Miss Yashere.

The 9th Black Comedy Awards are the only awards ceremony exclusively devoted to celebrating and honouring Black British Comedy. 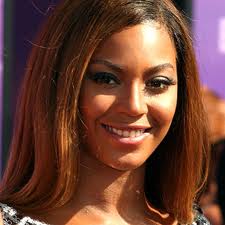 Tickets to attend the prestigious 9th Black Comedy Awards 2011 to be held at Venue 5 on 5th December 2011 can be purchased from www.bca2011.eventbrite.com Those buying tickets and voting this week are in with a chance of winning signed memorabilia from some of the world’s biggest musical stars such as Beyonce, Britney Spears, Chris Brown and Will Young.

Preliminary public voting lines closed at midnight on Friday 11th November 2011. A second round of voting will open for short-listed nominees during w/c 20th November 2011. Nominees and voting information – http://www.tiemo.co.uk/blackcomedyawards2011.html

1 Response to Return of the Skinny Bitch