Exciting start to the day, 9th June 2011, with the publication in ‘The Voice’ newspaper of my letter in response to last week’s article, ‘Can single mum’s turn boys into men?’ Not only that, but it was chosen as the newspaper’s ‘Letter of the Week’.

The newspaper is available on the newsstands until 15th June 2011. If you get to read it, I would be delighted if you could return to this blog and share your opinions.

UPDATE 21st June 2011 – Below is the full article. Your comments on this blog would be most welcome. 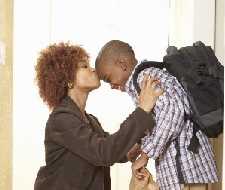 70% of young offenders come from lone-parent families. Worst still, 25% of young offenders are single father’s themselves [Youth Justice Board, 2002].  We also know that only 27% of Black boys achieved 5 or more A-C GCSE’s according to the Office for National Statistics, 2006. This is just a selection of  openly available statistics that would appear to indicate that not all, but unfortunately the majority of single mothers are doing a pretty poor job when it comes to raising boys. 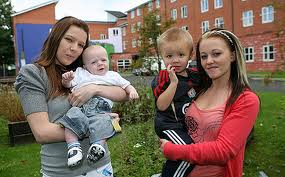 I know of countless examples of single mum’s raising their boys into successful, well-adjusted, law-abiding young men. However I would argue that more often than not these mother’s have not done it in isolation, but have permitted a degree of male influence into their children’s lives, be that from their brothers, their own father’s, male friends or partners. Such people recognise that “it takes a village to raise a child.”

When it comes to the business of being a man, standing up for yourself, being responsible, understanding and developing the capacity to work hard and study well in long-term preparation for their role as providers; self-reliance, interactions with the opposite sex, respect, self-esteem, self-identity, both culturally and masculinely, then a man’s influence is critical. Even the mere presence of the father, so long as it is not a negative presence, can have an inadvertently positive impact. If a male child develops a sense of manhood through another male, for instance, that their father is providing for his family, treating well and with respect, their mother (whether or not they are together), this can have a positive impact on his social and emotional development. This role modelling cannot be imparted and will not be taken on board if coming solely from the mother, any more than a Father could possibly be expected to raise his daughter to become a woman.

Studies such as Project 2000 by Wells-Wilbon R, & Holland, S showed that the most powerful form of learning for children was that from same-sex individuals i.e. boy/men or girls/women.

So what are the solutions? Women being more careful in their choice of the men they procreate with. Not getting pregnant too early in life or too soon in a relationship, for how can you be sure the man will stick for long after the birth? Fathers realising the damage they’re wreaking on their children by being absent, whether or not through choice.

Brothers and sisters, peers generally, need to step up the plate and take more responsibility for their siblings and friends. After all, research shows by the time children reach their teens, their peers have more influence over them than their parents, via positive role modelling, something which can be discretely encouraged by their parents. It’s no good if the good children just bury their heads in their books and ignore the chaos and failing children around them. They have to realise that if they choose to be, they can be a big part of the solution.

More mentoring. Learning from parents who are raising their children well. Those parents and children that are doing well, need to share their experiences with others who might benefit. This could be informally through their own circles, or via more structured programmes such as the 100 Black Men of London’s Parent’s in Partnership programme. This particular programme provides a forum for parents/guardians to share best practice in raising children. Greater collaboration is required between various organisations and parents equally concerned with tackling this issue.

With the prevalence of youth crime showing no real signs of abating and an increasing fear of crime amongst young people in certain areas, the black community, along with government agencies, for the sake of our young people, need to react to this crisis and work more collaboratively to tackle the root causes of fatherless households, crime and other negative consequences that stem from family breakdown. Until we do so we remain in a “fire fighting” stage that has significant, damaging, long-term financial implications on our society as a whole.

© Tiemo Talk. An abridged version of this article was first published in The Voice, Issue No 1477, June 9-15, as their Letter of the Week. Your comments on this blog would be most welcome.

With it being Fathers Day week the role of fathers and mothers is being hotly debated in the country.

This entry was posted in Single mum's and tagged single mum's. Bookmark the permalink.